Google MUM: What The New Query Processing Technology Will Change

Via social media:
or

It's been a year since Google announced a new and promising query processing algorithm. The start of work was scheduled for the first half of 2022. The promised period has almost expired. It is quite possible that in the near future we will all have to get used to not only the new design of the search engine but also the updated optimization rules.

Let’s learn what is interesting about MUM technology, and what are its prospects.

The Evolution of Neural Networks

Let's start with the name. ‘Multitask Unified Model’ (MUM) is a technology for searching information on the Internet with a neural network of the same name ‘implanted’ into it.

For Google, the use of a neural network is not something sensational. Back in 2017, the company replaced the statistical translation method with a neural one in Google Translate. In the case of the Google Search engine, we are talking about replacing one neural network with a more advanced one that opens up new opportunities for users.

The predecessor of MUM was the BERT (Bidirectional Encoder Representations from Transformers) algorithm. It did not just select information by key phrases but was able to analyze the content, so to speak, in the vicinity of the key phrase. Moreover, it could work with dozens of languages.

MUM, according to its creators, is ‘1000 times more powerful’. Like it or not - we'll see. But, according to company representatives and experts, this thing will set a new trend in working with a search engine. To do this, the technology of a multitasking unified model must have the following skills:

The main task that MUM will solve is answers to ‘complex search queries’. By this phrase, technology developers understand a request, for a complete answer to which 8-10 search queries must be made.

Imagine that you want to get a French Bulldog. To the question ‘Should I get a French Bulldog?’ you actually get a bunch of links. Yes - there is something rational. But in general, it will be a heap of delights for fans of this breed and a similar accumulation of unnecessary knowledge. You really have to make additional queries: ‘What is the temperament of French Bulldogs?’, ‘The digestive tract of these dogs?’, ‘Genetic diseases in bulldogs’, etc.

So, MUM is able not only to capture requests on the way to the final answer but also to select the information you are looking for in the text, graphic, and even video format. That is, you can expect that at the start of the request you will receive not just a set of links with specific data about the characteristics of the breed, but also hear the puppy squeal and get acquainted with the video training on feeding. That is, in our example, MUM becomes your personal dog handler, an etholog, and a veterinarian.

About Innovations In Google Search

We can confidently talk about three new recommendation blocks that will appear on the search results panel:

And about a couple of innovations. First, the number of links will be reduced. MUM will fill the search results with visual responses to the query. That is, the lines with links will be replaced by images.

Secondly, positions and rankings in SERPs will become history. They will be replaced by just a selection of resources that best meets the user's request criteria.

By the way, some future changes can already be seen. Compare screenshots with requests in English, French, and Russian. Pay attention to the Top stories block in the English search. It is not available in either Russian or French.

In addition to the search engine, the MUM algorithm will also find applications in the Google Lens application. Users of this image and text recognition application get the opportunity to ask clarifying questions or refine search parameters to reduce the number of results.

The first application for the novelty, which was proposed by the developers themselves, was the selection of clothes with a given pattern or print. Another option is to let the app identify a bicycle wheel, for example, and then ask ‘how to fix it’ to get repair advice. A beta version of this feature is already being tested in the US.

Google Lens is the only integration of the MUM algorithm with Google services so far. In passing, I note that Google services can work in conjunction with various software products. To do this, they are integrated through the API - a special interface. However, for small businesses, you can take a different approach to integration - use the ApiX-Drive online connector for services and applications.

How MUM Will Change SEO. A Few Recommendations

In general, SEO specialists perceive the imminent coming of MUM quite calmly. The general opinion is: ‘There is no need to significantly rebuild anything in SEO strategies.’ Best practices will remain in place. However, some emphasis in the work of the SEO-optimizer has shifted.

What you should pay attention to?

Let's try to summarize the above facts and draw some conclusions. The introduction of the MUM algorithm in the most popular search engine will provide, at the request of the user, not just a list of links. Gradually, the issue will become a relatively short list of links plus a bunch of images and videos. How convenient is it, time will tell.

For content creators and SEO specialists, the new algorithm does not pose a threat in terms of employment or radical retraining. The main thing that is required is a thoughtful and conscientious attitude to work.

In general, the Google MUM algorithm is a classic example of using a neural network. Yes, it is ‘a thousand times more powerful’ than its predecessor, the BERT algorithm. But it continues to perform a highly specialized task - the selection of information on the Internet at the request of the user. There will not yet be a revolutionary, qualitative leap in this area.

Stay Tuned
Subscribe to our newsletter: we will inform you about important news, program updates, special offers and discounts.
Comments
Subscribe to comments
Be the first to leave a comment to this post!
Sort by:
old first 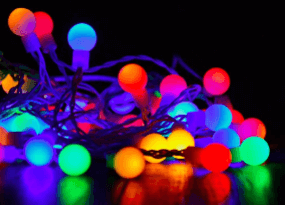 News
Yevhen LukianiukDecember 22, 2022
The December 2022 Link Spam Update: What Is SpamBrain, and How Can You Protect Your Website?
108240 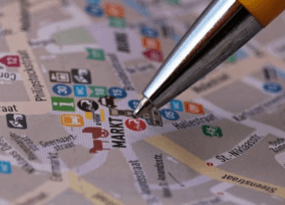 News
Yevhen LukianiukAugust 3, 2022
The Fourth Google Product Reviews Update. What Do You Need To Know And How Can You Prepare?
48200
Let's Keep in Touch
Make sure not to miss our latest news and giveaways in social media!